Graeme Sims is the Executive Director of Dubai’s Electricity and Water Regulator, the RSB.  An economist by background, he has over twenty five years’ experience of the electricity and water industries gained in the UK and UAE.
Graeme was Deputy Director General at the UK’s Office of Electricity Regulation where he was responsible for the electricity industry in Scotland.  From there he moved to Abu Dhabi to establish the emirate’s water and electricity regulatory body, acting as its first Director General.  On his return to the UK he joined United Utilities, a FTSE100 utility company, serving as its Regulation Director and sitting on the board of United Utilities’ water business.
Graeme is a graduate of Oxford University and began his career with the Boston Consulting Group. 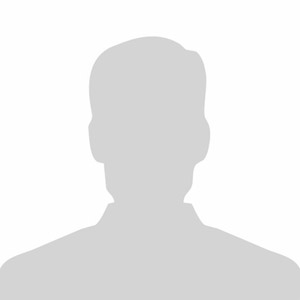 Habiba Hassan Sultan Al Mar’ashi is the Co-founder and Chairperson of Emirates Environmental Group (EEG). It is a pioneering non-government organisation established in the United Arab Emirates (UAE) in 1991. She single handedly established the Arabia CSR Network in 2004, as the MENA region’s pioneering and only multi-stakeholder platform with local and multi-national entities. She guided EEG to become the first environmental NGO in the world to receive ISO 14001 certification. She co-founded the Emirates Green Building Council in 2006 and serves as its Treasurer and Board Member. Mrs. Al Mar’ashi has been actively associated in leadership roles in global bodies such as UN Global Compact (board member) and President of the UNGC – GCC States, UNEP (civil society representative), a member of Global Reporting Initiative Stakeholder Council (GRI), and a member of the Advisory Committee of the Det Norske Veritas (DNV) Certification Advisory Board for the Middle East. She is currently a Vice Chair of the Global Urban Development and Patronage Committee member of myclimate. In 2019 she was selected to come on board as a member of a high level Global Investors for Sustainable Development (GISD) Alliance at the invitation of the UN Secretary-General.  In July 2021 she was chosen to serve as a Director of the World Green Building Council (WGBC). Mrs. Al Mar’ashi also serves as a member of advisory Boards for several Academic Institutions and other boards that deal with Sustainability in the Region and Globally.

Majid Ideisan is a specialized engineer in Sustainable and Renewable Energy systems, and a Certified Energy Manager by the Association of Energy Engineers. He is currently acting as a Project Manager at the Financial Sustainability and Investment Department at the Ministry of Energy and Infrastructure that is responsible of managing federal investments in the sectors of Energy, Infrastructure, Transportation and Housing. Such investment projects include the retrofit of federal assets to establish optimal energy efficiency through advanced technologies and sustainable sensor systems.

Shaikha AlShaikh is a civil engineer with more than 6 years of experience working on infrastructure projects across the MENA region. She holds a Master of Science in Engineering Management, with a concentration on Total Quality Management from the British University in Dubai, and a Bachelors of Science in Civil Engineering, with a minor in English Literature, from the American University of Sharjah. She is currently a PhD candidate in the Architecture and Sustainable Built Environment Program at the British University in Dubai. She started her career at MWH, Now part of Stantec in 2015, working on diverse water projects that range from master planning to detailed design and execution in the UAE, KSA, Bahrain, Mauritius and Libya as a civil engineer and project manager. In 2018, she moved to Dubai Municipality, and is currently the Head of Technical Support Office in the Drainage Projects Department. She has been part of the team working on strategic infrastructure projects which include the Dubai Deep Tunnel Stormwater System, as well as looking to implement initiatives that support the Dubai Demand-Side Management Strategy.

If you're a hotelier, you've likely heard of Mr. Mohamed Soussan. His list of credentials is lengthy, and if some really wanted to, it could go on and on and on about his accomplishments.

Mr. Mohamed Soussan started his career at Lakeside Hotel, Canberra Australia and from there he moved to Capital Royal Hotel, Southern Pacific Hotel, and many others and after that not to mention every well-known hotel chain such as; Sheraton, Intercontinental, Rotana, etc. has his golden era of loyalty and hardworking marked in their books.

As he already nailed down his name in the field of Hospitality but it shined highly when he joined a Local Company Nayel & Bin Harmal Investment Company, which is very famous in Al-Ain in the construction field with the various number of sister companies under it. But the biggest challenge which Mr. Mohamed Soussan accepted is to open their First Hotel, and undoubtedly as courageous he is, as higher the results are, started from 2010 till to-date, he successfully managed to open three Hotels and two upcoming projects with the same brand and the great applause for the impact of this brand on all the international branded chained hotels.

Being in the industry for more than 32 years, he is founded in a good position to share his knowledge and experience with all colleagues in the organization by conducting the various Trainings & Development Programs by himself in order to enhance their professional skills which has a direct impact on guests’ experiences and to enlighten their vision for their future growth.

Along with all the above, Mr. Mohamed Soussan works stays connected with various Local & International Business Event & Exhibitions. And recently been awarded as the number 33rd in the Power 50 General Managers of 2020, in the UAE and the Middle East and scoring better ranking continuously from last 5 years.

He is striving for further developments and achievement in an unstoppable manner which is definitely leading him to the more success.

Hassan Younes is the Co - CEO & Founder of grfn, a multi-disciplinary consultancy  and has over 15 years of extensive experience in the fields of Energy Efficiency, Design, Sustainability, and Project Execution and Management. Hassan has been involved in many high-end projects in the MENA region encompassing MEP designs, energy efficiency, commissioning management , sustainability and measurement and verification for new and existing buildings in the MENA region. He also was involved in energy and sustainability policy studies for many governmental entities in the GCC.
He is a trainer for the ASHRAE Global Training Centre.  He is a trainer for the Association of energy engineers’ Certified Energy Manager ( CEM) course,  Energy Valuation Organization’s Certified Measurement Verification Professional (CMVP) course and the facilitator for the Emirates Green Building Council Building Retrofit Program. He is an appointed Consultant for ASHRAE 62.1 Standard and is a member of the training committee for the CMVP course.
He is also the current ASHRAE Falcon Chapter president and on the technical committee and was the Vice Chair of CIBSE Regional Chapter. Hassan holds all the ASHRAE certifications.

Nathan is a project manager, development director & Partner at Carter Associates, a project consultancy and project management firm in Dubai.  Carter Associates works with asset owners and operators to identify opportunities for increasing efficiencies and revenue and decreasing costs and then project manage the implementation of those agreed strategies.  They have a specific expertise in hotel refurbishments, feasibility studies and capital development plans and have introduced a number of ESCOs into their projects.

Ahmed Samir Elbermbali is the Managing Director of the MENA Clean Energy Business Council (CEBC), a non-profit organization dedicated to promoting clean energy and clean technologies and solutions MENA Region. CEBC provides a platform to further dialogue between the public and private sectors to develop much needed policy and regulation to help drive the implementation of clean energy across the MENA region. Ahmed joined CEBC in 2018 and the youngest Managing Director to hold this position in the history of CEBC.
He is very active in bringing together the industry stakeholders from across the private and public sectors in the different MENA countries together to accelerate the policy maturity for clean energy in the region.
His research interest are in the intersection between policy, technology and consumer behavior to accelerate the transition to clean energy and sustainable mobility sectors. Ahmed holds MBA in Sustainable Mobility management from the Technical University of Berlin.

He also owns and operates a Hydroelectric Power Plant in Sri Lanka providing sustainable power to the national grid.
Jagath is also an expert in Renewable Energy had designed and competed a 2 Mega Watt ground mount solar project at the University of Dubai Campus premises to achieve the Net Zero Energy status.

Mays Kayed is an Architect with more than 6 years of experience in project coordination and conceptual schematic design to completion, including all stages from design to construction. Her background is in environmental design, sustainable indoor quality assessment and urban planning. She holds a Bachelors in Architecture, Masters in Sustainable Design of Built Environment, and is currently pursuing her PhD in Architecture and Sustainable Built Environment.

Dr. Samir Thabet is the Corporate Sustainability Manager at Consolidated Contractors Company. In his current role, Dr. Samir oversees the group-wide Sustainability strategy, and he is in charge of CCC's net-zero roadmap. Samir is a Mechanical Engineer graduate in 1994, also holding a master's degree in Business Administration from the University of Wales, class of 2011. Samir holds a Ph.D. in Sustainable Development and Diplomacy from EUCLID (Pôle Universitaire EUCLIDE / Euclid University), class of 2020.

Samir joined CCC in 2014 as the Head of Sustainability, where he played a pivotal role in driving sustainable practices across the construction business, leading the company toward regional and international amongst the industry peers.

Hosted and Strategically Endorsed by

Hosted and Strategically Endorsed by